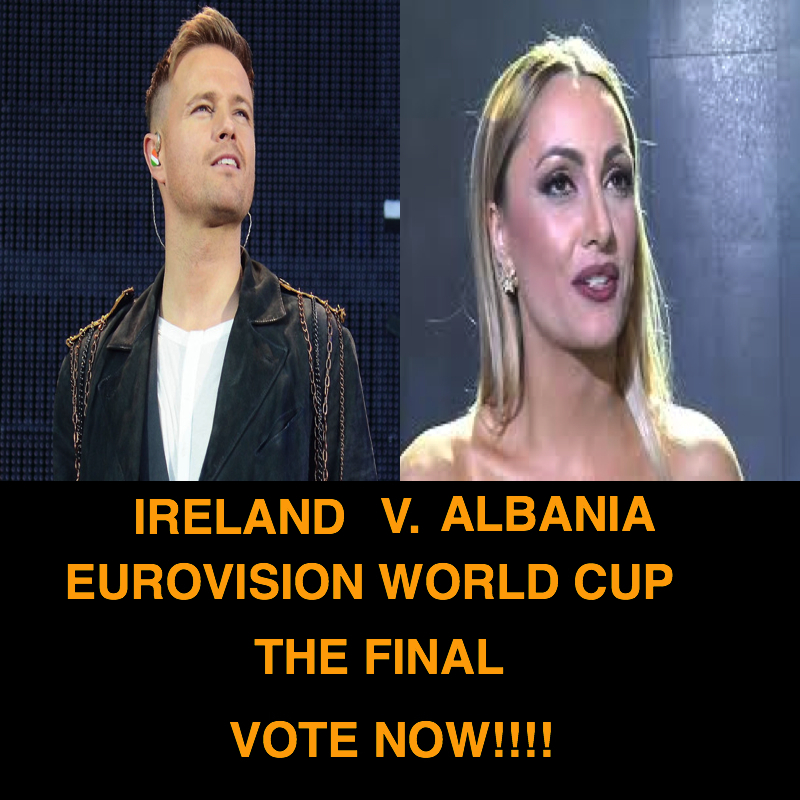 After weeks of polls; group stage, knockout round, Quarter Finals and Semi Finals, we are finally in a position to announce the two countries who will duke it out to be crowned the first ever winner of the Eurovision World Cup: Albania v Ireland!

Albania and Ireland have both done exceptionally well. Both countries topped their groups. Nicky Byrne’s ‘Sunlight’ beat Netherlands, Russia and Austria in the knockout stage, Quarter Final and Semi Final respectively by a large margin. Equally successful has been Eneda Tarifa’s ‘Fairytale’ which beat Iceland, United Kingdom, and France in their match ups.

Now we are down to just two countries, we ask you to vote for one last time. Only one song can be crowned the champion and the poll will close on Friday 13th May at 8pm. Best of luck!