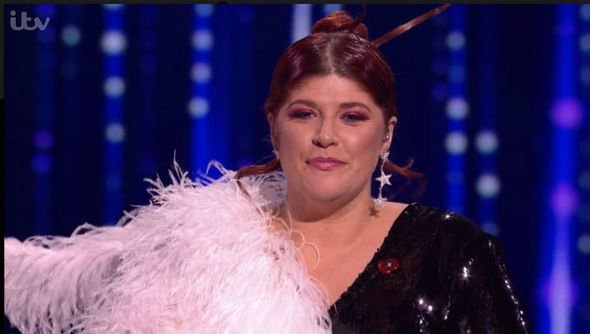 END_OF_DOCUMENT_TOKEN_TO_BE_REPLACED

This weekend saw X-Factor Celebrity move to the live show portion of the competition. Back in the judging seats were Simon Cowell, Louis Walsh and Nicole Scherzinger who last week were given their categories (the groups, unders and overs respectively). The weekend started with thirteen acts, including rugby boyband Try Star, journalist Martin Bashir, chat show host Ricki Lake and former Glee star Kevin McHale.

END_OF_DOCUMENT_TOKEN_TO_BE_REPLACED

Montenegrin singer Slavko Kalezic impressed the X-Factor judges in his first audition with his trademark plait and an impressive rendition of Beyonce’s ‘End of Time’. He returned to our screens on Saturday evening when he took part in the Boot Camp stage of the competition.

END_OF_DOCUMENT_TOKEN_TO_BE_REPLACED

Slavko Kalezic came to international prominence when he performed ‘Space’ at Eurovision 2017 for Montenegro. The singer became an instant stand out for his bizarre lyrics (Linen is covered with feathers, Wet dreams, Wild nightmares, I surrender…) and his trademark plait whipping dance moves. Although he failed to progress to the live Final, Louis Walsh (who was in Kiev as part of the Irish delegation) convinced him to appear on the UK version of the X-Factor.

END_OF_DOCUMENT_TOKEN_TO_BE_REPLACED

In the same week that Finland have announced the 10 contenders for UMK 2017, one of last year’s participants and runner up Saara Aalto has really managed to turn things around for herself on X-Factor UK. The Finnish singer has been competing in the UK’s X-Factor Series 13 and this week she advanced to the Top Five.

END_OF_DOCUMENT_TOKEN_TO_BE_REPLACED

The thirteenth series of the X-Factor UK has been all over the place. From ridiculous selections and reshuffling for ‘entertainment’ purposes during the Six Chair Challenge, to bringing back a number of eliminated contestants who hadn’t previously got through at Judges’ Houses. Then there’s the vague themes the acts are given each week for the live shows that are not particularly subscribed to. For example how is Vanilla Ice a Diva? Unlikely star Honey G has gained a cult following, despite accusations of racial appropriation when the white female singer from London performs hits in the style of black male rappers like Tupac, Coolio and Notorious BIG. There was of course the controversy surrounding the Brooks’ ejection from the show for one of the brothers allegedly beating his girlfriend. While more recently the show has come under scrutiny for vote rigging. X-Factor continues to be very transparent, predictable, exploitative and has surely had its day. One ray of hope however was this week’s performance from UMK runner up Saara Aalto.

END_OF_DOCUMENT_TOKEN_TO_BE_REPLACED

After the BBC refused to have ex X-Factor contestants as the UK Eurovision entry 2015, Kitty Brucknell found herself having to go elsewhere to make her Eurovision dream a reality. Having been rejected by Switzerland, Brucknell tried her luck with Moldova who selected her to compete in their national selection process with her song ‘Remix’.

The song is a great up tempo number with all the thrills and spills of a modern pop song that would fill any dance floor. We however were skeptical that Kitty would make it much further in the selection process having seen her audition video where she performs her song live. Her vocals are really off and her dance moves are quite cringey.

Kitty took to Twitter to defend the performance, chalking it up to nerves. She has since put in a lot of work to make her performance better and says that ‘Remix’ slays now. Kitty Brucknell will compete in Moldova’s national selection process’s first semi final on Tuesday 24th February. If successful she will compete on Saturday 28th in the Moldovan Final.

@nickelhatton heyyyy don't hold that audition against me! It's terrible! I was ultra nervous 🙂

@nickelhatton I was a lot more confident singing Yearning. But Remix has had a LOT of work and it slays now 😃😃😃

It’s getting to that time of year again! All the participating countries have chosen their representatives and songs for the annual Eurovision Song Contest! This year sees Copenhagen