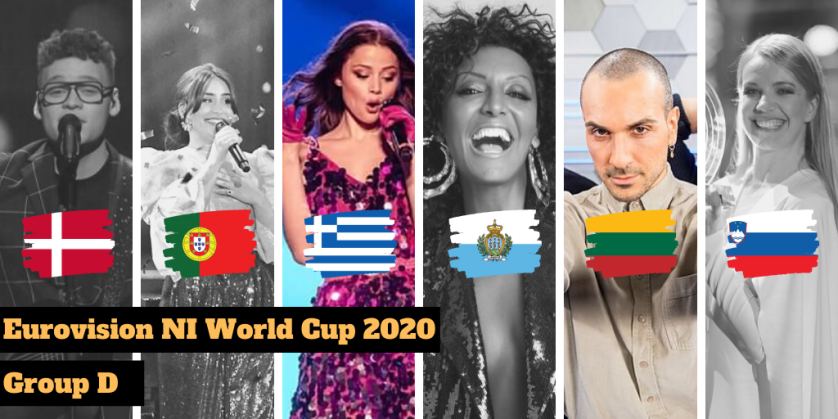 We are half way through the group stages of the Eurovision NI World Cup 2020. You have been voting in Group D since Thursday but only two of the six songs in this group could make it to the knockout rounds. It’s time to reveal the results!

Topping the Group D poll were the Roop from Lithuania. Their song ‘On Fire’ received a third of the overall votes. In second place was Greece’s Stefania. ‘Superg!rl’ got 27.38% of the vote. Meanwhile getting eliminated from the competition were Denmark in third, San Marino in fourth, Portugal were fifth and Slovenia received no votes, placing them last in the group. The full results are below.

The competition continues with the Group E poll. Take a look at the contenders and vote for your favourites here.