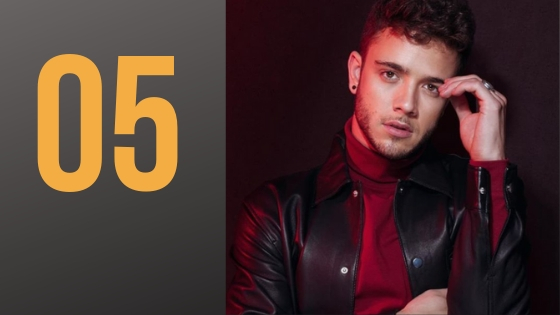 Song: She Got Me

Luca Hanni was chosen by internal selection to represent Switzerland at Eurovision 2019. He will sing the song ‘She Got Me’, find out what we made of the song.

There is no doubting that Luca Hanni has an accomplished voice, is the embodiment of the word swagger and has the confidence of a seasoned performer yet brings a contemporary sounding song to Eurovision. In his given three minutes, he will easily win over some of the viewers who are perhaps hearing the song for the first time. With catchy hooks like ‘When she go low she go so low, she go so low’ (or is that ‘solo’?), he will easily persuade the voting public to pick up the phone and vote for him.

Luca got into some hot bother when he shared a video to YouTube of him seemingly listening to some of the Eurovision 2019 songs for the first time. When he was presented with Tamta’s ‘Replay’, he threw some shade at the Cyprus representative when he began humming ‘Fuego’ (the nation’s song from the year before), the clear implication being that he believed that the two songs are very similar. This is a risky strategy given that some elements from Luca’s own song are crying out for comparison to ‘Fuego’, namely the ethnic horn, the anthemic pop beat and the guarantee to have anyone listening yearn for the dance floor.

On the subject of the dance floor, Luca’s video for the song shows off the singer’s adept ability to pull some very impressive moves. Dressed in a beautiful red suit, Luca shows off his dance skills as he performs in a Jazz cafe. He uses his dance skills to seduce several eligible ladies sitting at the bar. I fully expect the staging of the song to play to his strengths and be an all out song and dance affair with a dance routine that will captivate audiences as much as the song does.

All that said, it looks like Luca could be poised to give Switzerland their best result in quite a number of years. A stream of non-qualifications in the past few years, means you have to go as far back as 2014 to get a year where Switzerland made it to the Final. That year saw Seabalter finish 13th for Switzerland. I think Luca will go one better and should get the nation into the top 10 which would be their best result in 15 years.

Find out more about the singer with our 10 Things About…Luca Hanni! The lyrics to ‘She Got Me’ can be found here and you can listen to the song below!