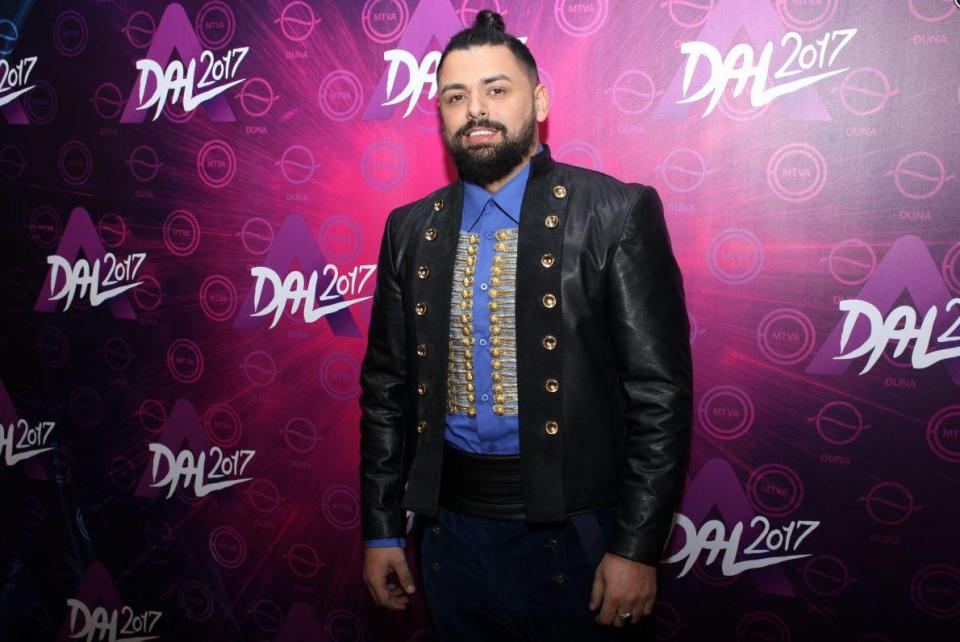 Hungary chose Joci Papai to represent them in 2017 when he won the national selection show A DAL with song ‘Origo’. He has already progressed to the live Final and will perform in the eighth slot later this evening. But how will he on?

With a topknot and clad in matador gear, Joci is one of the few artists this year to perform in a non-English language and it seems to have paid off, as not only his Hungarian and Romani language song has made it into the Final, but he is also joined by other non-English language songs from Belarus and the two hot favourites Italy and Portugal who also sing in their native tongues.

‘Origo’ is an unusual pick for Eurovision not only for the use of the two languages, but because it openly discusses the singer’s relationship with God something that Eurovision singers usually steer clear of. It preaches ideas of tolerance:

‘You must close your eyes,
so you will see me.
To conquer my heart
You must know my soul

If you don’t need me, let me go
I was born a vagabond.
I have suffered enough,
but God sees me.’

While most of the viewers will be unaware of Hungarian or Romani, the song transcends the language barrier and akin to Jamala’s ‘1944’ will have the audience singing along on the chorus:

Initially this song was one of my least favourites in this year’s Contest, but since it has progressed from the semi final rounds, I’ve gained a new appreciation for it. I find myself whistling the tune when walking around my house, and after realising what the song is, I think actually this song isn’t so bad.

My Prediction: 17th in Semi Final 2 (Will not progress to Final)