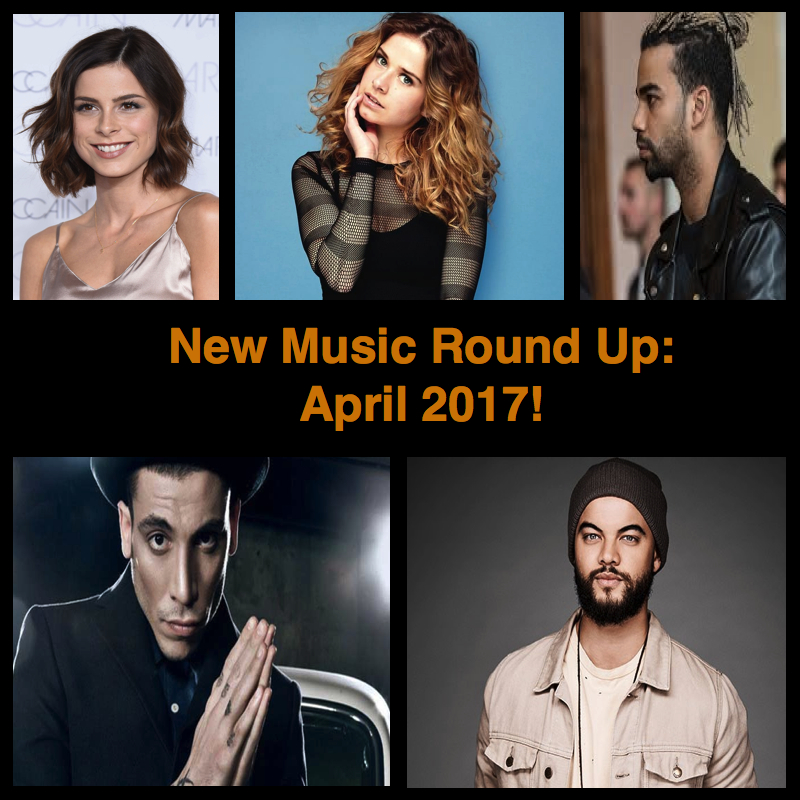 Another month over and another month full of new epic tunes! Check out ten of the latest hits from former Eurovision stars including; Laura Tesoro, Guy Sebastian, Lena, Can Bonomo, Pall Oskar, as well as songs from Melfest alum JTR and Dolly Style!

Bubbly songstress Laura Tesoro danced onto our Eurovision screens in slot one of the Grand Final in 2016 with her Bruno Mars-esque ‘What’s the Pressure?’. Her unique blend of jazzy trumpets, high octane dance moves and cheerful smiles helped her stand out and gave Belgium their second consecutive top ten finish. Laura follows up her Eurovision appearance with new song ‘Higher’ which helps to establish her as an international artist. Her vocals echo throughout the chorus with ‘eh ehs’ and ‘ah ahs’ resulting in a pleasant song worthy of our attention. Think Jess Glynne but likable.

‘Love Me Back’ was the Turkish entry the last time the nation competed at Eurovision back in 2017 (Come back already Turkey!). Their representative was Can Bonomo who delivered them a seventh pace finish. He is back with a new album in 2017 entitled ‘Kainat Sustu (Stop the Universe)’. The lead single from the album ‘Kal Bugun (It Is Now)’ debuted earlier this month. The song is a far cry from the fun antics that Can Bonomo got up to on the Eurovision stage, but is nonetheless beautifully understated and quite easy to listen to.

Kallay Saunders who gave Hungary a fifth place at Eurovision 2014, has had a constant presence at the Hungarian national final for the past few years competing with ‘Who We Are’ in 2016 and ‘Seventeen’ in 2017 with his band Kallay Saunders Band. While he wasn’t selected, he progressed to the final on both occasions and has subsequently released further singles with his band including ‘#Grind’ and ‘Victory’ and ‘Young’. Kallay Saunders teams up with BSW for new song ‘Elveszek’ which masterfully mixes piano, rap and Kallay’s own distinctive voice.

Croatian pop singer Severina teams up with Jala Brat for new single ‘Otrove’. She represented Croatia at the Eurovision Song Contest 2006 with the song ‘Moja Štikla’ which finished twelfth. Severina has continued to stay in public consciousness since her Eurovision appearance and in 2015 she was the most googled person in Croatia and Slovenia (owing perhaps in part to the appearance of a sex tape online). Music wise Severina has released ten albums, three EPs and completed two extensive tours. ‘Otrove’ mixes possibly the most musical genres and styles that I’ve heard in one song; Pop, panpipes, dubstep, rap, electro, auto-tune, Latin, folk and elements of rock. However the result is not unpleasant- think a lesser duet between Shakira and Pitbull.

JTR- ‘If I Didn’t Know Better’

JTR are Sweden’s answer to One Direction. They debuted at Melfest in 2015 following a stint on the X-Factor Australia (seventh place) but were not selected to represent Sweden, losing out to eventual Eurovision champion Mans Zelmerlow. The band have released their debut album ‘Touchdown’ and have had success with a number of singles ‘Ride’, ‘Centre of Everywhere’ and ‘You’ll Be Alright’. Their latest attempt is ‘If I Didn’t Know Better’ which is much of the same.

Dolly Style are the Swedish version of the Sugababes (their line up is in constant flux) with some cultural appropriation thrown in for good measure (What a cool looking anime wig!). They are a mainstay of Swedish Eurovision selection show Melfest with appearances in 2015 with ‘Hello Hi’ and a return in 2016 with ‘Rollercoaster’. They are unapologetic bubblegum, gimmicky pop opting for catchy, repetitive choruses, ridiculous, OTT dress and silly lyrics that make no sense. But of course that’s why we love them so dearly. The girls, a trio (now on their third incarnation of Polly, second incarnation of Molly and original Holly) have returned with new song ‘Bye Bye Bby Boo’. It is a song right out of the playbook of Carly Rae Jepson and is a more straight laced than their previous attempts, and could even pass for an adult attempt at a song.

Lena has been through many artistic transformations over the years. We first saw her at Eurovision 2010 when she won the Contest with her best Lily Allen impression with mockney accent in song ‘Satellite’, she continued in a similar vein when returned in 2011 with ‘Taken By A Stranger’. Post-Eurovision Lena has had immense success emulating the styles of artists like Lana Del Rey with songs ‘Stardust’, ‘Neon (Lonely People)’ and ‘Mr Arrow Key’, and more recently she’s copied the likes of Ellie Goulding with songs ‘Traffic Lights’, ‘Wild and Free’ and ‘Beat To My Melody’. The musical chameleon is back in 2017 and I’m so out of touch with recent popular music that I’m not sure who she is trying to imitate next with new song ‘Lost in You’. Maybe you youngsters can help me out? All joking aside, Lena has had an impressive career that has spanned seven years to date, with five top five albums and a string of epic hits and ‘Lost In You’, while lacking the immediate impact of past hits is still worth a listen.

Pall Oskar gained notoriety at the 1997 Eurovision Song Contest when he represented Iceland. Although his song ‘Minn hinsti dans (My Final Dance)’ only finished in 20th place in the Final, he managed to grab the headlines for his unique style and latex clad backing dancers. Twenty years on and Pall is still making music and ‘Einn Dans (One Dance)’ (not to be confused with the Drake song) is his latest single. The song is current, lives up to the title as being dancey, and could easily have been entered and chosen to be a Eurovision song this year.

Guy Sebastian- ‘Mind On You’

Guy Sebastian gave Australia a Eurovision debut they could only dream of. Coming in the top five with song ‘Tonight Again’, gave Australia the foundation to build future Eurovision successes on including second place for Dami Im in 2016 and ninth place for Isaiah Firebrace this year. Guy meanwhile has been busy since his Eurovision appearance with releases including ‘Black and Blue’, ‘Candle’ and ‘Set in Stone’. His latest track is called ‘Mind On You’ and employs popular music techniques and trends such as a tropical beat and a funny video, but stays true to Guy’s artistic style with the main focus as always being his voice.