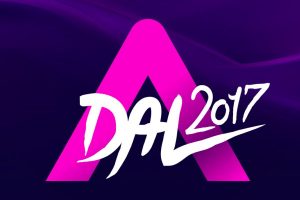 Hungary are the latest country to reveal the competitors for their national selection show. A Dal 2017 will be contested over six shows which begin on 14th January with the first semi final and culminate in the final to be held on 18th February.

This year the shows will be hosted by Tatar Csilla and Harsanyi Levente and today Hungarian broadcaster MTV announced the 30 acts who would compete in this year’s contest. Among them is Kallay Saunders Band who competed last year, losing out in the final to Freddie and whose lead singer represented Hungary in Eurovision 2014 finishing in fifth place with his song ‘Running’. The band return for the 2017 edition of A Dal with new song ’17’

Also among the contenders this year are boy band Spoon 21 who compete with ‘Deak’ and other familiar faces include Adam Szabo and Gigi Radics who have competed in A Dal before.

The full list of competitors is below. The competitors will be split among the three qualifying rounds (yet to be revealed) with 18 acts advancing to the two semi finals and from here eight acts make it through to the final.

Are you looking forward to A Dal 2017? Listen to all the songs that are available in full in our YouTube Playlist and tell us which song is your favourite by voting in our poll.