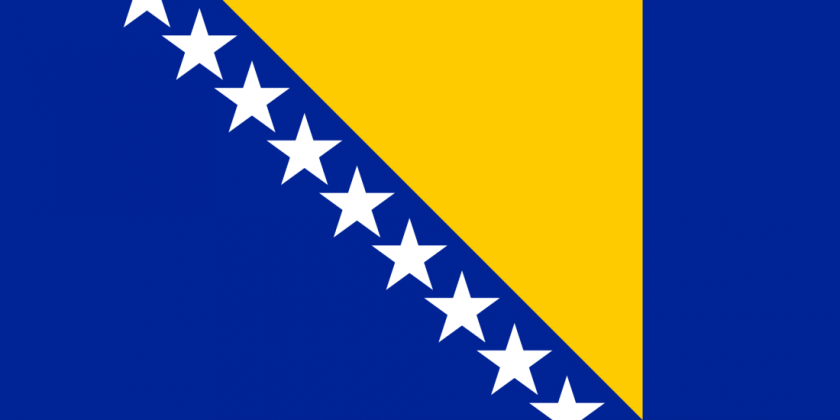 Bosnia and Herzegovina have the distinct achievement of having qualified for the Eurovision Final every year that they competed since the semi finals were introduced in 2004. Having said that, their average placing is 13th and their best ever result was third which they achieved in 2006 with the song ‘Lejla’ performed by Hari Mata Hari. Bosnia and Herzegovina have been missing from Eurovision in the past few years as they withdrew from the contest in 2013 due to financial reasons, but they are set to return this year.

The Bosnian national broadcaster, Radio and Television of Bosnia and Herzegovina (BHRT), announced on 25 November 2016, that they had internally selected Dalal Midhat-Talakić, Fuad Backović-Deen and Ana Rucner to represent Bosnia and Herzegovina in Eurovision 2016? So who are these singers and what can we expect in Stockholm?

Dalal Midhat-Talakic is a member of the Bosnian R&B duo Erato.

Fuad Backovic Deen became the lead singer of the Bosnian boy band Seven Up in 1997. Their two albums ‘Otvori oči’ (Open Your Eyes) and ‘Seven’ gave the band notoriety with success in Bosnia and the neighboring countries Croatia, Serbia and Montenegro. He has also been selected by the National Theater of Bosnia and Herzegovina to play the lead singer for the opera choir during the production of Carmina Burana. Deen has also performed at Eurovision before, he finished in ninth place in 2004 when he competed with the song ‘In The Disco’.

BHRT confirmed during the press conference that the song to be performed at the contest had also been selected internally and was written by Almir Ajanović and Jasmin Fazlić Jala. The song will be presented during a television special on 19th February 2016.