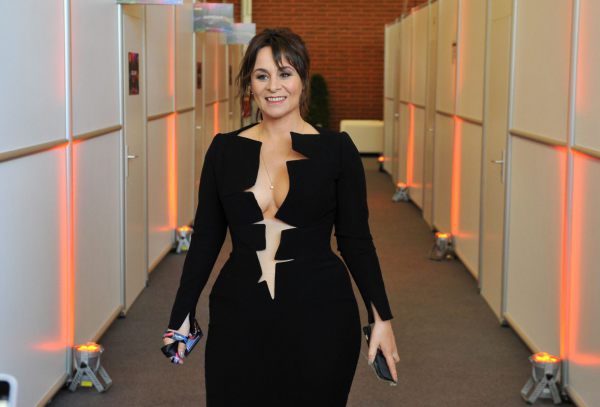 Trijntje Oosterhuis will probably be remembered most for ‘that dress’ she wore when representing the Netherlands with her song “Walk Along” in the 2015 Eurovision Song Contest. Despite not qualifying for the final, Oosterhuis will return to mentoring contestants on Dutch TV. Having previously been a judge on the the Voice of Holland, Trijntje will replace Nick & Simon as coach for the fifth season of The Voice Kids. She is also currently expecting her third child.

Anti Social Media may have been one of my least favourite acts in last year’s competition. Their sound and look was dated, I found the band members highly annoying and too try-hard and the song was very cringe-worthy. It would seem that Europe agreed and the Danish band failed to make it to the final. Not to be deterred, the four piece have released their debut album ‘The Way’ and have followed up their Eurovision song ‘The Way You Are’ with two further singles. They continue to do their best Fun impression with ‘More Than a Friend’ which is equally annoying as their Eurovision effort. Then there is ‘Fire Exit’ which sees a new departure for the boys especially with the Josh Lorenz dance remix.

I was very disappointed when Iceland’s Maria Olafs didn’t make it through to the Eurovision 2015 final with her euphoric ballad ‘Unbroken’ (aka ‘Litil Skref’). Post-Eurovision the 22 year old pop songstress has released her five track ‘Unbroken’ EP. The mini album features her eponymous Eurovision hit as well as two new singles ‘Dancing in the Storm’ and ‘Wild As Summer’. Both songs are soft, inoffensive ballads that shows of Olafs’ vocal range and are reminiscent of 2013 Eurovision winner Emmelie de Forest.

Possibly the Eurovision act in 2015 with the biggest fan base, Il Volo came in in third place, losing out to Mans Zelmerlow and Russia’s Polina Gagarina. Nevertheless the band’s following continues to grow with their 2015 album ‘L’amore si muove’ (‘Great Love’). The album features a number of original songs and covers in Italian, Spanish and English. The follow up to their Eurovision hit is ‘Ancora’, a classical ballad with a mix of piano and saxophone that sees the three boys gel their impressive vocals together effortlessly. A further single is the title track from the album’L’amore si muove’ another epic Italian love song. The video which accompanies the song sees the band follow a couple from birth in the hospital to old age. The three boys have also been transformed in the video to give an impression of what they’ll look like in 60 years’ time.

The duet between Lithuania’s Vaidas Baumila and Monika Linkyte is without a doubt my favourite pairing in recent Eurovision history. Unfortunately the pair don’t seem to have any plans to record more music together. Instead Vaidas has released three new singles in his native tongue including ‘Ką sugebame geriausiai’, ‘Ant mašinos stogo’ and ‘Nauja diena’ which you can listen to in the video above. Meanwhile his female counterpart Monika is also releasing new solo material with her song ‘Po Dangum’ being the follow up to ‘This Time’.

Part Four of our Where Are They Now: Class of 2015 will be posted soon. Keep your eyes peeled! Click to read Part One and Part Two.