There is no doubting that Abba are a cultural phenomenon and ever since appearing at the 1974 Eurovision Song Contest their impact has been remarkable. In this piece I will make a strong case as to why I think you should vote for Abba’s song ‘Waterloo’ as the best Eurovision song ever in our poll. 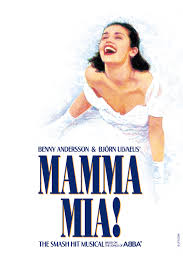 Firstly Abba have had unmatched success and are the most successful commercially of any Eurovision winning act ever. Their music is loved on a global scale and has a special place in may people’s hearts. Not only this but no other act left competing in the top five can say that they have had their entire back catalogue transformed into a successful Broadway and West End musical. That musical ‘Mamma Mia’ has been immortalised in a recent blockbuster movie starring Colin Firth, Amanda Seyfried and the legend that is Meryl Streep. Sticking on the theme of movies and you can see that Abba were the inspiration and motivation for Toni Colette’s character in the indie cult classic ‘Muriel’s Wedding’ with many of the songs featuring in the movie’s most poignant scenes.

Not only have Abba inspired musical theatre and film but they have also been the driving force for some of pop music’s most beloved stars. Madonna for instance has used a sample of Abba’s ‘Gimme Gimme Gimme’ for her number one dance floor hit ‘Hung Up’. The pop renaissance experienced in the late 90s and early 00s was also in part down to Abba’s influence on artists like Steps, Billie Piper, Cleopatra, B Witched and A Teens. These bands have covered Abba’s songs for single releases as well as a special tribute to Abba with the ITV show ‘Abbamania’. Abba of course have also spawned many tribute bands and may be the act with the most tribute bands in the world ever, such is their universal appeal.

No wedding is complete until there has been a song from Abba played by the DJ. Abba is responsible for great family moments like a drunken uncle dancing with a young cousin on the dance floor at a wedding reception with a tie around his head, allowing him to have his five minutes of fame as he sings along to ‘Dancing Queen’ (usually with the wrong lyrics).

Benny and Bjorn deserve a special mention for writing some cracking pop songs. Their great pop lyrics joined with great infectious melodies is what always make us go mad for some Abba. Add to this the great vocals from the band’s two female singers and the boys’ harmonies and Abba truly are one of the greats.

One of Abba’s many fashion faux pas

Although at times misguided, Abba’s fashion sense is quintessentially 70s. Bell bottomed trousers, spandex jump suits, glitter and ridiculous outfits were all the rage and no one would ever have gotten away with it had Abba not been brave enough to don these outfits first.

Hopefully I have managed to convince on how influential Abba have been on music, film, theatre, fashion and at family occasions. If you would like to join me in thanking Abba for the music, you can do so by voting them the Best Eurovision Song ever in our poll.