Ukrainian Eduard Romanyuta has been selected by Moldova as their Eurovision entry for 2015 with winning song I Want Your Love. A whopping 16 acts competed for the title following two semi finals earlier in the week on Tuesday and Thursday that eliminated 8 of the 24 entries in contention.

The final kicked off with song one ‘Lonely Stranger’ from Miss M. The staging of the song saw the singer spin on a rotating platform inside what looked like a model of a building designed by architect Frank Gehry with words like pain and fear printed on them. The singer gave a strong vocal of her eerie song as the panels of the building began to fall away revealing her and her guitarist back to back as they continued to rotate.

Moldova’s no nonsense approach saw the show move directly into song two from Irina with ‘I’m Gonna Get You’ which had an opening 15 seconds that sound very similar to Beyonce’s ‘Love on Top’. The singer had a few issues with her vocal that almost made my ears bleed, but she looked great, like a younger Helena Bonham Carter in a blue sparkly dress. 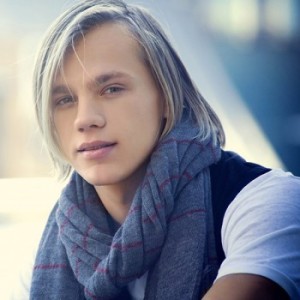 Up next was Eduard Romanyuta with his infectious ‘I Want Your Love’. The staging of this song was great with excellent dance routine and a tongue in cheek reveal of the female backing dancer to have a Conchita beard at the end of the song. I was surprised when the guy came out to sing the song because having heard it before O definitely thought the vocalist was a woman. Song 4 was Dana with ‘Love Me’ which has set the female empowerment movement back about 200 years as she trilled that she was begging for a man to love her. After singing this desperate refrain for three minutes she finally got what she wanted with a hug from her man at the end of the song.

We got the first of our long breaks after this and then we were back to business with Diana Brescan with ‘Up and Down’ which should be renamed ‘All Over the Place’. Despite the staging doing its best to distract us from it, with a man dancing an over the top choreographed routine on a fancy chair with his shirt unbuttoned and doing cartwheels, the vocal was really off. Donita Gherman was up next with her disco number ‘Inimă fierbinte’. The singer was dressed in the colours of the Moldova flag, hoping to play up to the patriotism and maybe get a few more votes.

Band Doredos were up next, and if you thought what had gone before was bad, you were wrong. Would make a bet that not one of the notes they sang were in tune. The blue haired/hipster mustachioed and panpipes trio made it difficult to continue watching the show. Their staging was no better just the three of them larking about on a set of stairs. Very uninspired and what was with them all wearing big headphones? Song 8 saw Stela Botan take to the stage with ‘Save Me’ in a hideous pink dress and she failed to hit the high note in the chorus every time it came around. Her gimmick again did nothing for female empowerment with a cheap poundland toy ball and chain tied to her leg.

Song 9 saw yet another awful vocal from Mihaela Andrei with ‘About Love’ where the lead singer was dressed exactly the same as her two backing dancers. Licia Isac was up next and she entered with style, carried on top of her dancer’s head. What followed was a solid performance with a great backing track and an overall atmospheric song. Thrown in a retro fringed dress and some white cowboy boots and this one is the best performance we’ve seen since song 3. Things had started to get tedious at this stage, definitely too many songs to get through but yet here we are with the Cheeky Girls, I mean Glam Girls and ‘Magia’. Not much to say. Quite unimpressive. 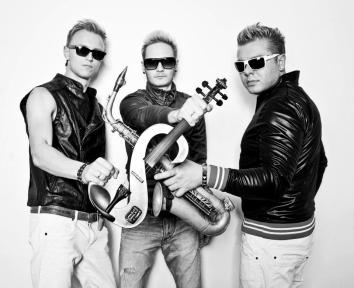 The favourites for the win, Sunstroke Project took to the stage to sing ‘Day After Day’ and we got a bit of a change of pace after many sub-standard ballads. The song is catchy with a dance beat, a sax solo and gypsy chavs in shiny sleeved leather jackets.

The tone deaf exhibition that is the Moldovan national final continued with Julia Sandu and ‘Fire’. The singer wailed her way through her song as she mispronounced the song’s title and all the subsequent rhyming words. Dressed in red silk and accompanied by backing dancers dressed in black and yellow sleeved jacket, it all came across as a bit amateurish. Oh and obvs there was lots of FIRE effects.

Then we had Serj taking us to new lows with his song ‘Danu năzdrăvanu’. Shrill man with trumpets. Someone get me a paracetamol, my head is splitting.  The final two acts were Marcel Roșca with ‘Feelings Will Never Leave’ (think Backstreet Boys album track staged with snow effects) and Valeria Pasa with ‘I Can Change All My Life’ (another dull ballad).

All in all a dreadful selection of songs with three or four stand out contenders. It was no surprise then that it was who was selected to be the Moldovan entry. Did you watch the final? What did you think? Listen to the winning song below: