The Estonian national final of their selection process Eesti Laul 2015 will take place on 21 February following two very competitive semi finals which took place at the beginning of February. Five songs from each semi-final, all together ten songs, will compete in the first round of the competition where a jury (50%) and public televote (50%) will decide the top three entries for the super final. Ahead of the final on Saturday night we take a look at the contenders. You can vote for your favourite in the poll below.

END_OF_DOCUMENT_TOKEN_TO_BE_REPLACED 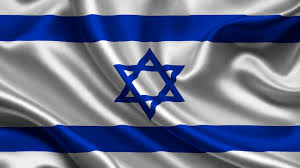 This year’s winner of HaKokhav HaBa or the “The Next Star” will be chosen as the Israeli Eurovision entry for 2015. The show will come to a head on Tuesday night (17th February). The show is an interactive reality singing competition, based on the “Rising Star” and combines public opinion from the internet, smartphones and television and is filmed live. The final four contenders are below. Vote in our poll and let us know who you think should win.

Eurovision has spanned an impressive 60 years and this week’s Eurovision Rewind takes us back to the 22nd competition and to France’s winning entry ‘L’oiseau et l’enfant’ for Marie Myriam in 1977. Have a listen below: