We take a look at what you have to look forward to ahead of Cyprus’ national selection final on Sunday night (1st February). In a selection process akin to Sweden’s Melodifestivalen, Cyprus have aired their show ‘Eurovision Song Project’ since the beginning of December to choose an act for Vienna. The judging panel is full of Cypriot Eurovision royalty including their 2013 entry Despina Olympiou, their 1991 entry Elena Patroklou, and double time representative in both 1995 and 2000 Alex Panagi and some other guy called Tagos Tryfonos. Nope I didn’t recognise any of their names either. The six finalists have had to battle their way through tough audition rounds that saw them perform a cover of a Eurovision classic, followed by their own song they want to have represent Cyprus this year. Let’s take a closer look at the contenders.

While Switzerland’s final was full of female contenders, the opposite is true of Cyprus. Only one female (and part of a male/female duo at that) makes up this field. 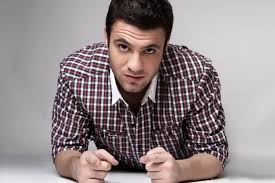 Please pick Hovig to cheer him up!

Hovig- Stone in a River

Let’s start with a positive. Hovig is strangely my favourite of the six. You can expect a pained power ballad akin to Aram MP3’s ‘Not Alone’ from last year’s contest only without the wub wub wub dubstep. Expect to see a man broken down with a bleak outlook on life with philosophical, quarter life crisis lyrics like ‘Does anybody dare to feel with a soul/Does anybody care if I’m not that cold/Like a stone in a river.’ Also expect some epic fist clenching and pained eye shutting.

Expect an absolute eejit whose name means a poo. Imagine if you will, Zayn from One Direction clad in denim with incredibly white trainers singing prepubescent pop music with Caribbean influences (steel drums/xylophones) mispronouncing the title of the song ‘Magic’ on repeat. Add to the equation some incredibly flat vocals and an embarrassing rap interspersed with some oooh wahh ah ohs. However I expect this to win, given that the judges were singing along to the catchy chorus in the semi finals. 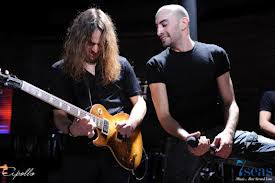 Expect Cyprus’ answer to Daughtry: a bald front man with a part raspy, part shouty voice, with the other members of the band contributing very little. Expect guys with long hair pretending to play instruments badly and out of time with the backing track as they wander aimlessly about the stage. The song itself sounds a little bit too much like Avril Lavigne and Chad Kroeger’s ‘Let Me Go’ and although Chavril could potentially be the most hated couple ever, this band manage to make my blood boil a little bit more. 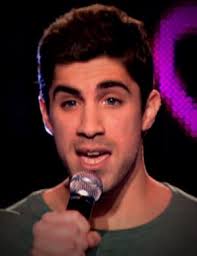 Expect piano, violins, a man pained by unrequited love, over pronouncing the wrong words in sentences, chinos, nasal vocals and the most intense stares that any human has ever mustered up in an attempt to show emotion. The only emotion conveyed: psycho!

Giannis Karagiannis- One Thing I Should Have Done

Expect a duo made up of a Nicole Scherzinger and Kenzie from Blazin Squad look a likes. Expect passionate Glee acting with the singers facing away from each other and culminating in powerful, perfectly harmonised vocals and intense stares into one another’s eyes. Expect it to be hard to follow if your first language isn’t a hybrid of Greek and French.

Who Should Win?: I’m gonna go with my favourite Hovig. Powerful stuff he’s singing about. Wearing his heart on his sleeve he is.

Who Will Win?: I’d be shocked if it wasn’t Doody. He’s waved his magic wand and cast a spell on teenage girls, soccer moms, and gay men everywhere. He’s a wee pop spudlett and his song is very catchy.

To listen to all the songs and to vote for your favourite click here.

One thought on “Preview: What to Expect from Cyprus’ National Final”